You are here: Home / Newsletter / Untangle the thread 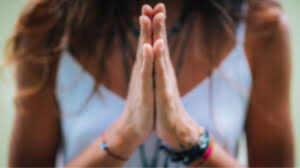 This morning, after eight weeks of working through an injury, I unrolled my mat to attempt a full practice. Curiosity trumped fear. Injuries are a funny thing, especially when they happen in a seemingly unrelated way (like lifting up a gas nozzle and feeling your arm go ‘pop’ as the muscles tear, or playing soccer with your kid and spraining your ankle as your foot turns in a gopher hole). However, as we know, there is a relationship to most everything if we are willing to untangle the thread.

For the past 4.5 months we’ve all been impacted by the pandemic and the civil unrest (heck, might as well point out the elephants in the room). While there have been amazing tales of resilience and courage, there has also been incredible tragedies and losses whose weight cannot possible be unfelt by each and every person. For myself, like many others, finding vestiges of control during a time fully out of control seemed the best thing to do. The rigor of immersing into a cadence of studying, working, teaching my son, exercising, trying to maintain good cheer and normalcy while meticulously planning every step of Covid protocol as I took my family out, became my mission during the day while the evening showed the true face of where my spirits were. These spirits were having a track and field race through the stages of fear and grief (denial, anger, bargaining, depression, acceptance). My day face remained austere while the mask came down each evening revealing a street fight between hyper-productivity, starting at the wall, drinking, reaching for sweets and feeling such an overwhelming sense of numbness over the state of the world. I was in a bad place. Enter: stage left: Injury. Injury, made my mind thrash like an angry tiger. The shield of strength and imagined security were damaged doubly. All of the manicured dialogues and heartfelt expressions seemed lost like your favorite dvr’d world series baseball game immediately vaporizing.

After the thrashing ceased, the image of a teacher I studied with long ago popped into my head. Imagining her fiery red hair and her piercing blue eyes, I saw her face looking mysteriously impish as she spoke towards injury and its power of being the greatest teacher. It seemed back then such an easy lesson to accept, but being in the midst of a great many great pains both physically and emotionally. I sat. I cried. I sat some more. I cried some more, and then I fell into silence to look at what I was doing, rather than falling into the arms of a glass or a foiled wrapper. Each step thereafter unravelled from the tap of a toe, to the sway of my shoulders, into the humble dance reminding myself that grace and recovery were about dancing tenderly and inquisitively with my head and heart rather than racing and fighting the fears and fatigue within like a bull in a china shop.

As I pressed ‘play’ for class this morning, the teacher spoke immediately towards ‘feeling from within’. While the class might have been recorded many months ago, the words resonated and pierced as I heard them and felt for them. As the session ended joyously pain-free, I ended practice by thinking about all of the teachers I had the privilege of studying with whose words set into my memory like a permanent marker on paper. The commonality within all of them was that they spoke with purpose and a lot of experience about being able to pay as much respect to falling to your knees as to reaching for the sky.

The ability to share and teach during this time, especially, is unique. It takes a special person to rise and lead in the midst of such chaos as they balance their own emotions while offering support, acknowledgement, and focus to others. As August rolls forward, I encourage you to set some time within your practice to ‘feel from within’. Acknowledge your fears, your joys, your ability to fall and your ability to rise once again. Recognize the teacher within yourself as well as those who make you curious in your life both on and off the mat no matter the circumstances.

To the teachers at TYC and to each one of you…I bow.
Sending Love, Courage and Grace-
Sharon & Your TYC Tribe