You are here: Home / Newsletter / Rekindling the Flame 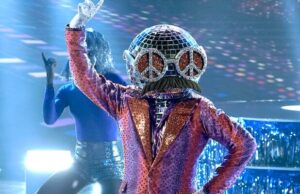 This morning was a walk and talk with resistance. I was feeling blocked at the prospect of restarting homeschooling with my son as many others were beginning to log back into classes. Last week was February vacation for many and with that brought a welcome pause from the normal schedule.
During the past week, we shifted to days of hands-on work clearing, cleaning and throwing away contents of a home we had recently purchased. Despite feeling tired, we were also feeling revitalized by the physical labor and the shift in our daily pattern. However, as we approached Sunday night, an edginess started to creep in as the pull and expectation of setting up lessons for the next week crept in. (Sheepishly, I admit, I can be a creature of habit so change can sometimes present unforeseen obstacles and lessons). This week was no different. My son knew that we would be ‘getting back into our schoolwork rhythm’ and he looked dejected and floppy at the thought of having to do multiplication, reading, science and history, even though in the moment, he enjoys all of those things. He crowed, ‘mom, I hate homeschool’ and my heart and ego cracked. (Despite being new to the homeschooling thing, I thought it was going pretty well. Heck, it was, but like with most things, change is inevitable and it was clear that something needed to shift).
It was difficult to not take this new information personally, but as me and my bruised ego stepped onto the mat this morning I felt that same resistance that he must have felt of expecting things to be the same way. When the instructor cued a deep breath out, a hiss emerged…from me. Eek. In my head an alarm rang waking me out of my stupor and cueing me to pay attention. Suddenly, a light turned on, literally, as the first strong rays of morning light streamed through the window I was practicing near. I sat down for a moment and despite the grip of resolution, I came to another solution…disco. Yes, you heard that right, -disco. (Disco had been the focus of a previous night’s discussion on a way my husband liked to shift his mood). I acquiesced, tuned into Spotify and began my practice again to a disco playlist. Despite some of it being god-awfully awkward, it lifted my spirits, made me laugh, and got my body moving in a different but similar way.
Noted.
As my son’s day began, I gauged his level of discontent and pivoted quickly into having him turn upside down to read like a bat. In fact we took that into making obstacle courses and doing multiplication problems in bizarre new ways and yet, the same content was learned with a whole new spirit and attitude. As we tucked in to lunch sweaty and joking, he said, ‘mom, this day was so different but we got so much done, thanks!’
Baby steps. Strides in a new direction towards the same goal.
As we end a very dreary short but long month, we know that maintaining consistency can be difficult. Energy and spirits can be dodgy as the light and season changes. As we make our way into March, TYC is coming in like a lion to shake things up and offer you many different ways to restart, reinvent and reinvigorate your practice both on and off the mat. We invite you to explore the many different classes, series and workshops that are on offer and hope that they help you to recharge the magic, creativity and lightness that lies within.
With love and (and maybe even a little more disco?) each and every day-
Your TYC Tribe
Wellness Living app