You are here: Home / Newsletter / Move to a different beat

There’s been a lot of shift in the air with the time change, the colder temps and the general sense of fatigue felt from all of the events in our world.  Our lives were not meant to be lived at such a high candence all of the time and yet we find ourselves conditioned to maintain schedules, meet countless deadlines and keep up.  We humans are incredible at adapting to meeting stress and challenge, but how are we doing when we take ourselves off tempo and dance to the beat of a different drummer?

Our family has been living in this questioning over the past couple of weeks. 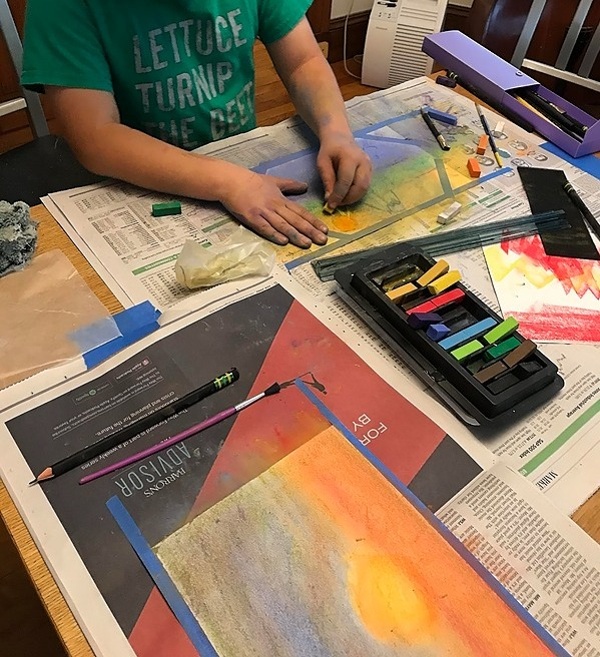 After grappeling for a month watching our seven-year-old thrash like a caged animal in online schooling, we decided to change the course and move towards homeschooling.  Perhaps for some the decision might have been a no-brainer. For us, we struggled to face and shift our thinking from a way of being and an identity we had known.  It’s not an easy thing to admit that things like pride, fear, financial stability and doubt spoke so loudly, but they did.  It’s not easy to share that it took him coming to a serious breakdown to listen with our hearts instead of our heads.  Sufficed to say, it has been a truly humbling time.

As we shifted into homeschooling, we decided to reset with the idea of unschooling which is a process of stripping down the traditional schedule and markers set by formal education to one entirely led by observation and following the lead of the child.  If this sounds familiar, it should.  In yoga, we speak a lot towards witnessing the inner child, working from a blank slate, coming off automatic and opening to the beginner’s mind.  These words are easier said than done at times.  The three weeks since adopting this ideology have been eye opening.  A mirror popped up to reveal where our family was thrashing and constantly moving through life with our individual adgendas and lists along the current of society.  As a result of this shift, a calmer and more sure little boy resurfaced.  Phew.

The other day, my son decided he wanted to create art.  I turned off the ringer on my phone and sat with him as we explored using pastels together.  Over the next three hours we laughed, smeared, sketched, smudged and offered one another tips and thoughts when either of us felt stuck.  A door had opened and in the slowness and steadiness, the light of inspiration, connection and ease flooded through.

As we approach the darker and colder months, I offer the advice to follow nature and your own nature.  Rather than trying to counteract and push through feelings of slugishness or dis-ease, cultivate a curiosity towards creating new relationships with softer and slower times.  On the horizon, we suggest attending Ingrid’s Yin Yoga series which focuses on culturing Traditional Chinese Medicine into a slower paced yoga practice to heal, assess and address what ails you.

The possibilites to unearth and learn are endless!

As tension eases around the idea of not always pressing forward, a new pathway will form…..naturally.

With love, humility and eternal learning-

Sharon and Your TYC Tribe

“And the people stayed home. And read books, and listened, and rested, and exercised, and made art, and played games, and learned new ways of being, and were still.

And listened more deeply. Some meditated, some prayed, some danced. Some met their shadows. And the people began to think differently.

And the people healed. And, in the absence of people living in ignorant, dangerous,

mindless, and heartless ways, the earth began to heal.

And when the danger passed, and the people joined together again, they grieved their

losses, and made new choices, and dreamed new images, and created new ways to live and heal the earth fully, as they had been healed.”

We are now open In Studio

Now open for In Studio classes at our new location, 580 North Falmouth Highway (Rte 28A), North Falmouth. Virtual via Zoom classes are still being offered online.