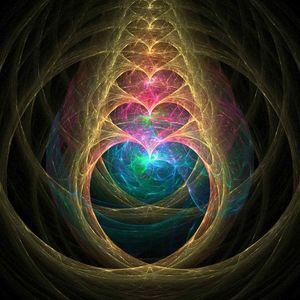 The other day while I was sitting next to my student during his music class at school, the instructor posed to the students the question: How do humans make sound? He began by simply asking for the children to point to the source of sound in their bodies (and yes, while many pointed to the region North of their chest, the bawdy few points South…or made chicken noises…in case you are wondering this was a class of kindergarteners). He then explained the anatomy of our internal instruments as well as the science of vibration where the sounds change based upon the speed and amount of relaxation or constriction within the vocal folds. Of course the kids were both intrigued by the anatomy and science of it, but then things deepened as he began focus on how our very own instrument can create music by playing examples of different types of vocal music.
Some pieces elicited shrieks, while others drew a sing along, some brought the class to complete silence with the newness of it, but the a cappella version of Smile by Charlie Chaplin touched something in me as I sat there. I don’t whether it was the words, the harmonies or the the day in general, but a deep emotion overcame me and my eyes began to water as my chest swelled in the effort to even out my internal sobs. It was such an unexpected feeling to have at that moment, but it ricocheted through my body in such a way that I knew that therein laid a message needing to be addressed.
Music is easily recognizable in the sounds of Nature when we become still and take notice. As humans we have the amazing privilege to harness sound, generate sound and shape sound through the different instruments and mediums that have been created over hundreds of years. Regardless of origin, there is something powerful, magical and mysterious about the effect it has to shift from something explainable ( like how music is the arrangement of sounds) to something that pings our inner landscapes and has the ability to stir feelings and emotions the way that very few other things in this world can….

This weekend, TYC is excited to host its first Kirtan. If you are new to Kirtan, it is a musical call and response whose poetic lyrics honor and praise the divine. This is a beautiful way to both receive and transmit the powerful instrument of your voice with many voices as you are led by Paul and Tina on vocals harmonium and Beth on percussion. The true power of Kirtan lies not within the performance per se, but rather focuses on bringing together people of all backgrounds, and facilitating a shared spiritual experience in which all can pay homage to the divine within. We feel so fortunate to be able to bring these special experiences to our home to share and create with you.

We invite you to raise your voice with us.

With love and a song-

Sharon and your friends at TYC