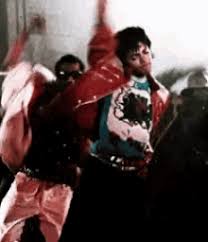 Happy February! We hope this finds you taking care of yourself during this part of the season where getting sick seems unavoidable.  Late last week, a surprise school day cold kept my little man hunkered down indoors.  As the day wore on, there was no more Harry Potter and the Chamber of Secrets read aloud that could take away the jitters.  Amidst the revolt that occurred when going outdoors was suggested, a lightbulb went off -cue a dance party!  No song on his playlist was lighting him up until I changed the channel and called upon the magic of Michael Jackson.  At first, there was the pause as he was gathering the gist of the song, then the toe taps and body wiggles began.  After that a flurry of popping and locking, robot-movements, jumping off of furniture and spinning and sliding took over his body.  There were flurries of movement with intermittent pauses, but on the 11th and 12th repeat of ‘Beat It’ he had his lineup of moves synched flawlessly to the music as he worked out his demons on the dining room floor.  As I was about to ask him to consider moving to a different tune, I held back watching him as he worked on his heel spin to body slide across the floor, again and again. The repeating of the track was his place to engage practice in a way unseen until then.  It made the over 20 times hearing ‘Beat it’ in a row totally worth it.

Sometimes in our practice stagnancy can develop when for whatever reason we stop listening and simply go through the motions.  Rather than thinking of this as a ‘bad’ thing, it’s actually a great gift to recognize it!  When you catch yourself restless, and listless, pause-note-reflect.  Perhaps it is time to shake up your routine and awaken your listening to hear a different voice and move in a slightly different manner to find the freshness in a new experience or to remember what wooed your body to your practice in the first place.  We have so many beautiful, soulful, and encouraging voices to guide your body to dance and awaken.

We look forward to sparking joy into your movement and rekindling the flame of your practice with you!